The first recipe I tried is from this excellent book by Dan Lepard: The Handmade Loaf.

The apples are finely grated and added to the dough right at the beginning. Although fairly inconspicuous in the final loaf, the grated apples make this a very juicy and fine loaf of bread which is equally suitable for the breakfast table as it is for a rustic afternoon snack.

Next up: A beautiful recipe by Jeffrey Hamelman (from his book Bread) for a French loaf of bread with dried apples and apple cider. Using dried apples “intensifies their flavour and at the same time prevents them from releasing excess moisture into the dough.”

Here are some snaps of my dried apple slices and the final product.

The dried apples add a certain level of sweetness to the bread. Very nice with just butter and a cup of tea.

Finally, a sweet apple focaccia recipe by Nigel Slater, using fresh apple slices which are added – alongside the pecan nuts – to the dough after the first prove.

This focaccia is BEAUTIFUL – not too sweet, but sweet enough to qualify as dessert bread. I’ll be adding this to my list of regular bakes! 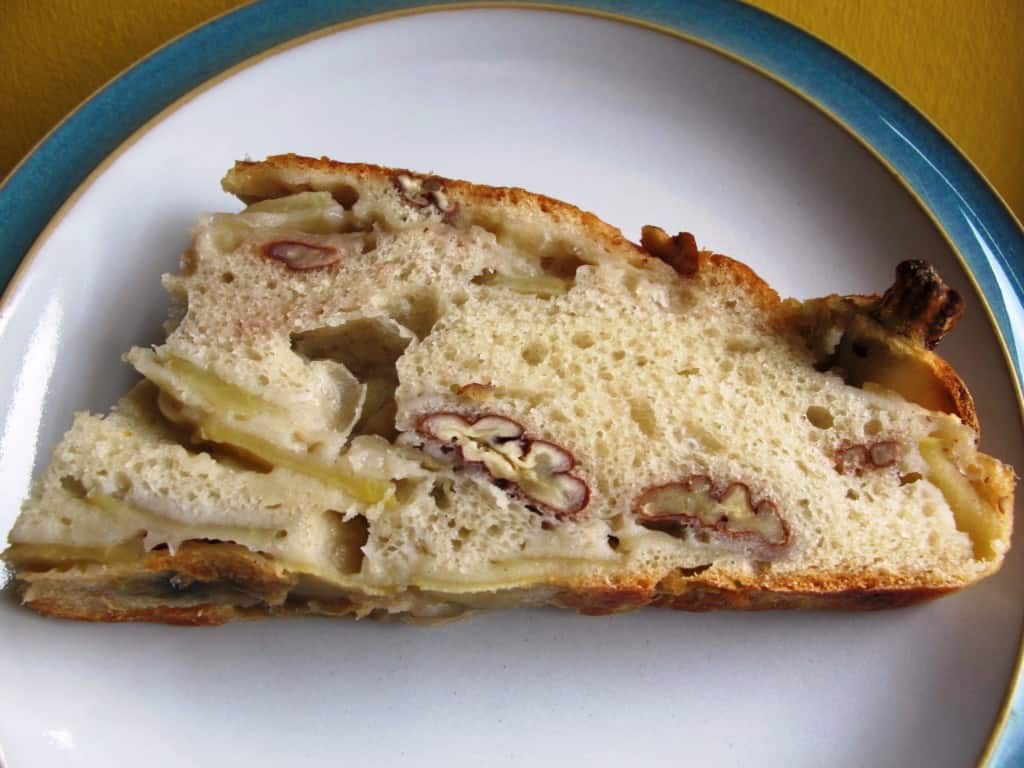 How to bake it

I think it’s fair to say that I’ve become a fan of apple breads. So next time you think ‘apple bread’, think again and bake the proper stuff 😉